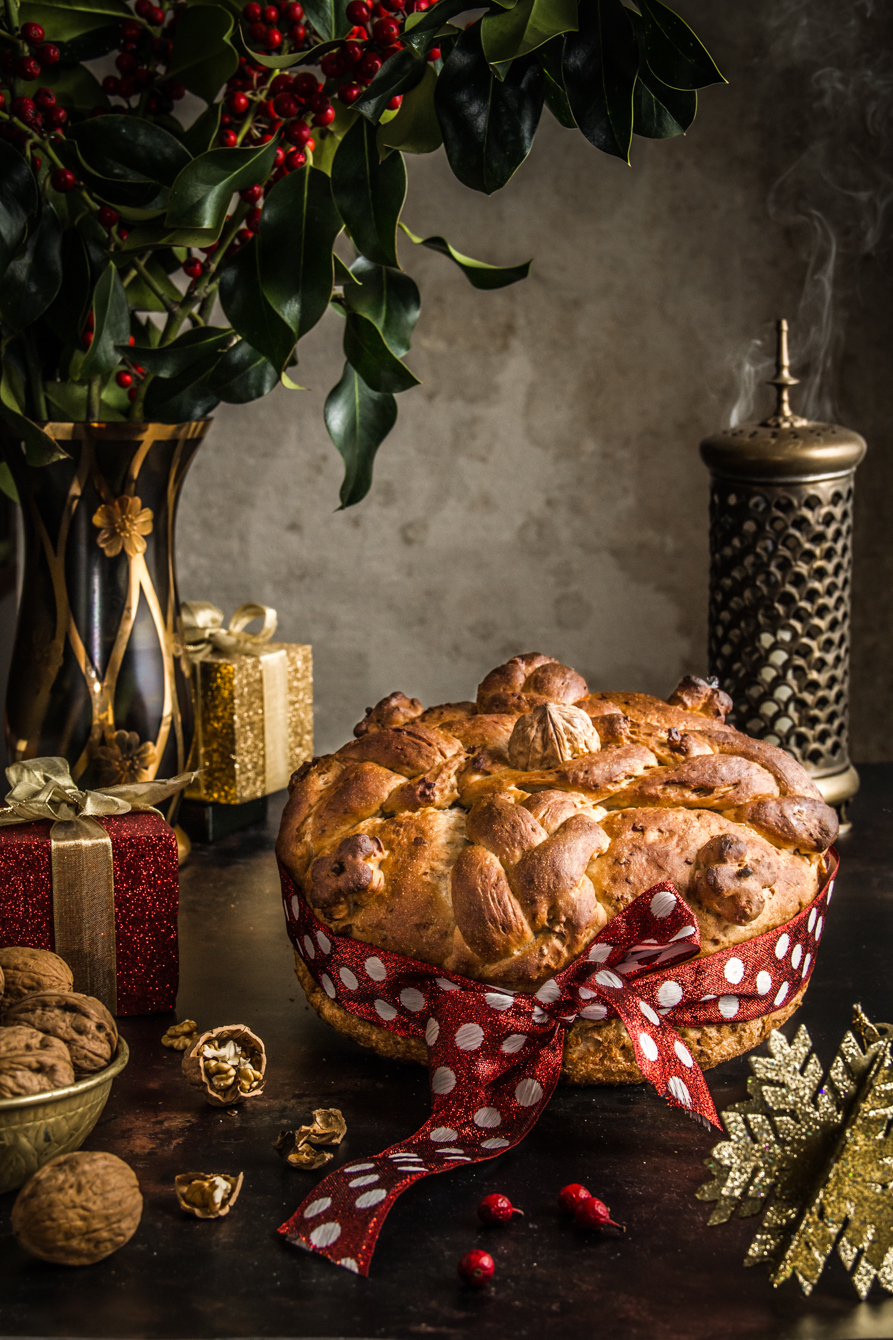 This is a recipe I wanted to show you for many years. Christmas traditions, are so interesting and they give you so much warmth. After all, it is very important to keep our traditions and teach them to the younger generations, so that they are not lost. Christopsomo, or Greek Christmas Bread is a traditional, festive bread that is prepared for the Christmas table. 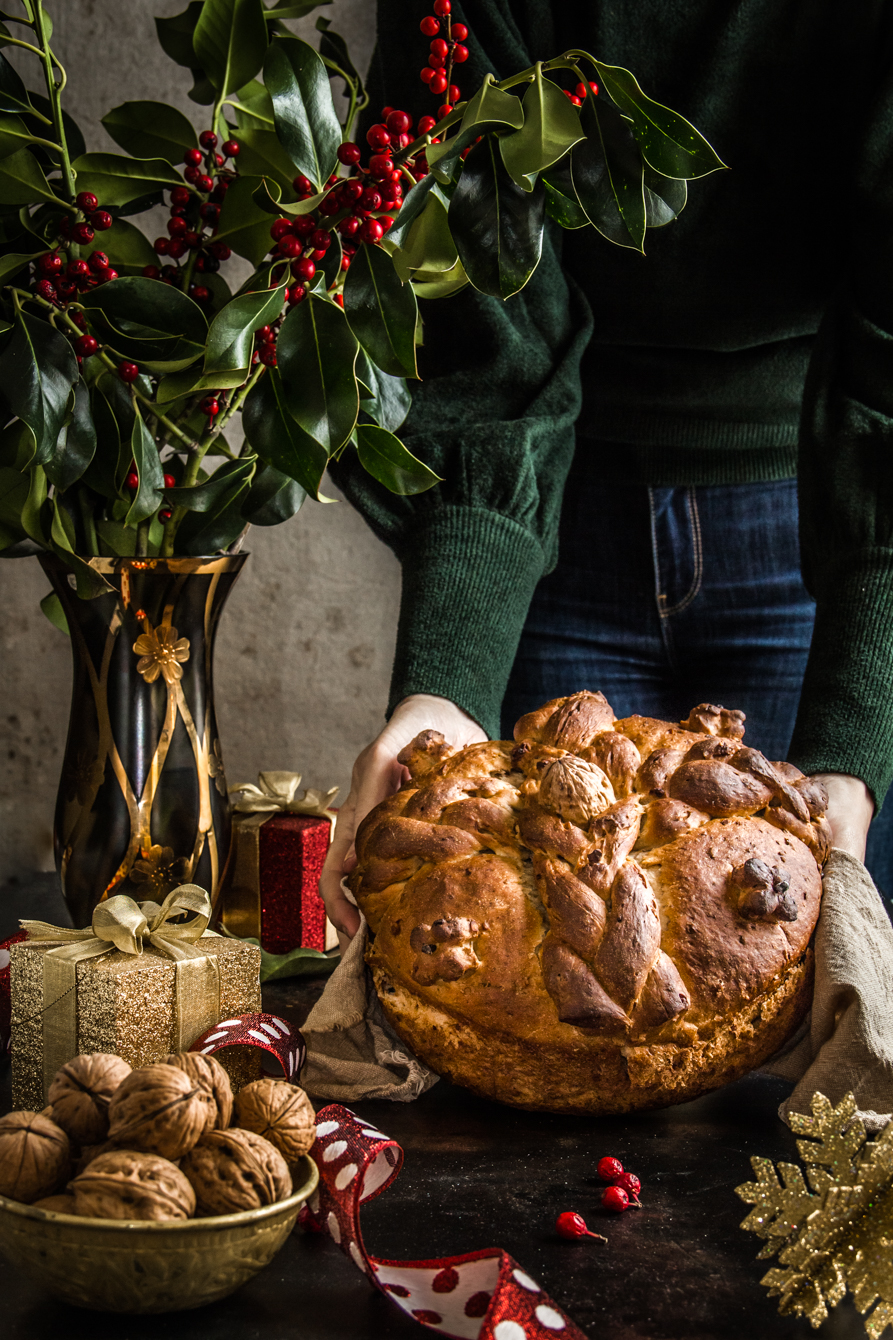 The tradition of Christopsomo

Housewives prepare Christopsomo, or kouloura, in honor of Christ, with special care and patience, on Christmas Eve. The shape and decoration depends on local customs. Its shape varies, sometimes it is a loaf, sometimes an open or closed roll and other times it is baked in a pan. But it always has embellishments and symbols. In most places, in the center of its  surface they form a cross with dough (cords or braids) and at its edges they place nuts (often almonds and cloves), which are symbols of rich production. Its decoration used to be determined by the profession of the householder. They made grapes for their vines, ears of corn for their fields, animals for their herds, asking in this way for good harvests and prosperity. In some places inside the dough they also put a coin or some other sign, so the person who finds it during the distribution, would be the lucky person of the house. Christopsomo is considered blessed, since it will support the life of the householder and his family. 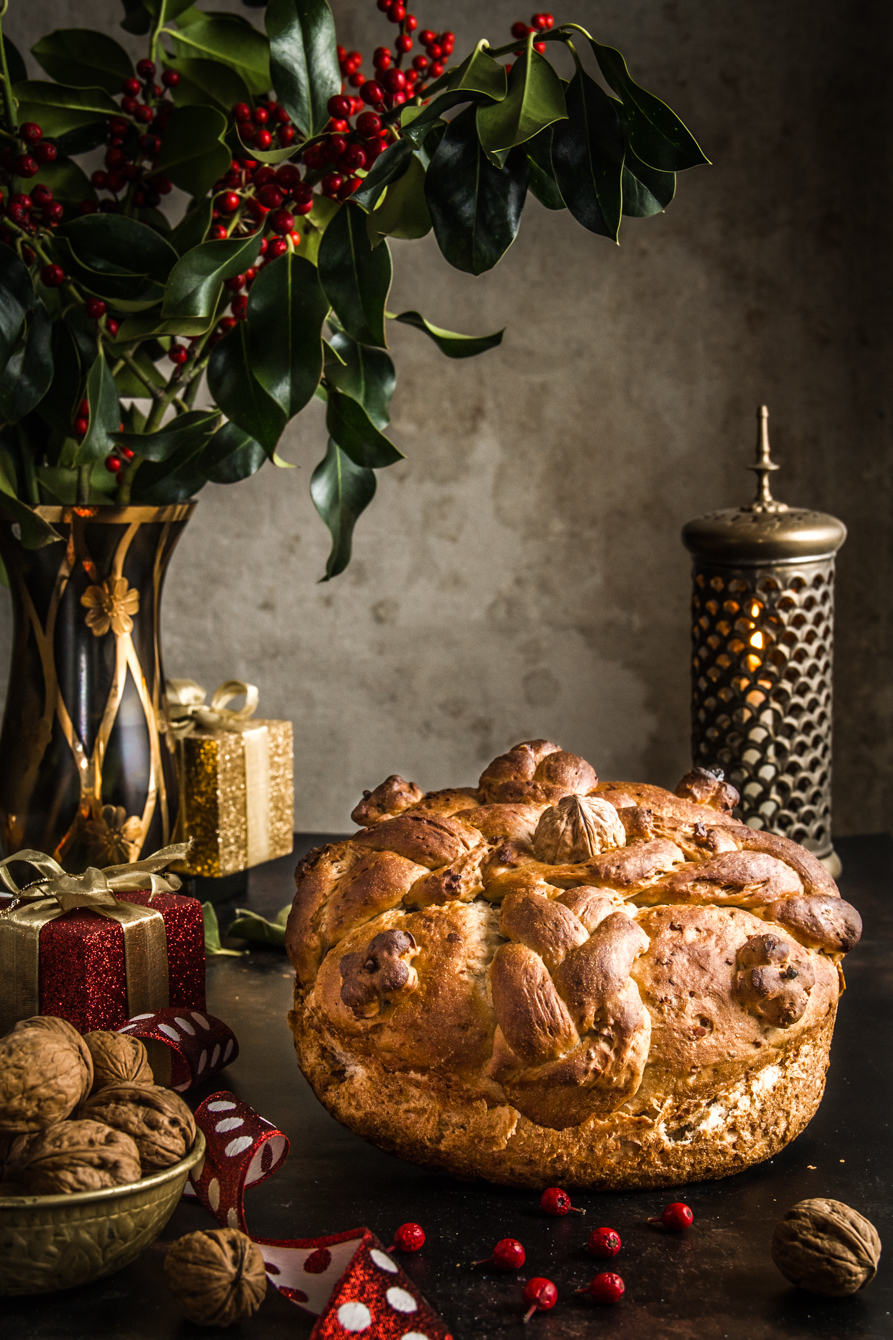 Some housewives make real masterpieces, creating entire performances on it, like  Sarakatsanes, because they believe that Christmas is the pastoral holiday par excellence.

In other places, they decorate the Christmas bread with daisies and crescent moons, while in areas of Lefkada, in the middle of the Christmas bread, they make a little man, Christ, out of dough. Elsewhere it is decorated with walnuts and sesame or simply stamped in the middle with the large seal and at the edges with smaller ones. In Corfu one finds the Columbine in the shape of a dove, that the Corfu people learned from the Venetians. 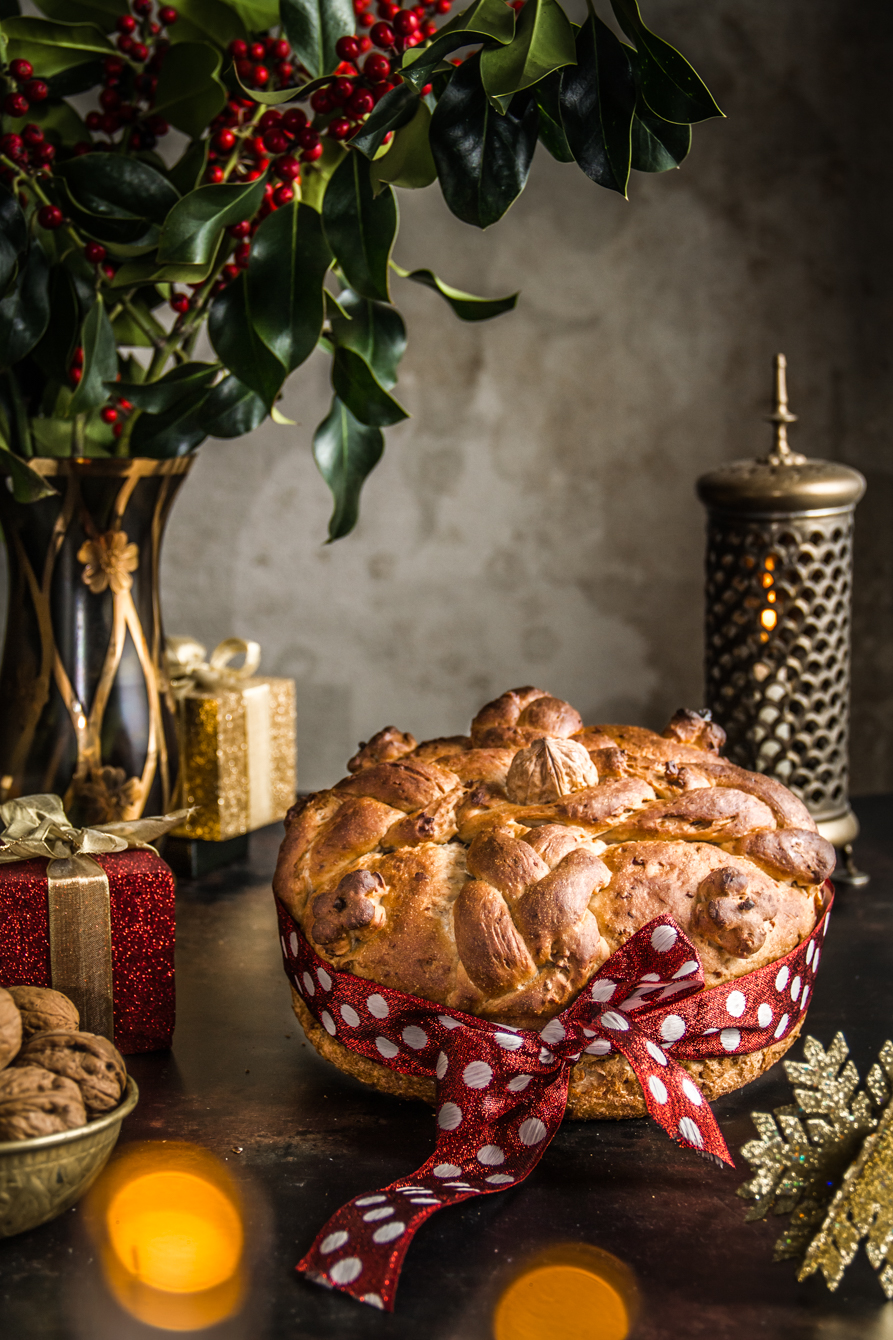 On Christmas Day, during lunch, the master of the house takes the Christmas bread, crosses it, cuts it and distributes it to his whole family and to those attending the Christmas table, naming the first piece for Christ and the second for the poor (the first beggar or stranger who knocks on the door), a ritual like the one that would be repeated on New Year’s Cake. Then he distributes it to those present who eat it with great respect and it is even said that not even the crumbs were thrown away, as we do not throw away the crumbs from the antidoro (Holy Bread), but were burned in the censer. Many liken this process to the mystery of Holy Communion. In some places, such as in Aetolia, they waited before cutting it until the priest passed by and blessed it. Thus, Christopsomo took the place of sacred bread.  The dead are not excluded either. In Lesvos, on Christmas day they distributed Christmas bread to the poor for the souls of the deceased relatives. 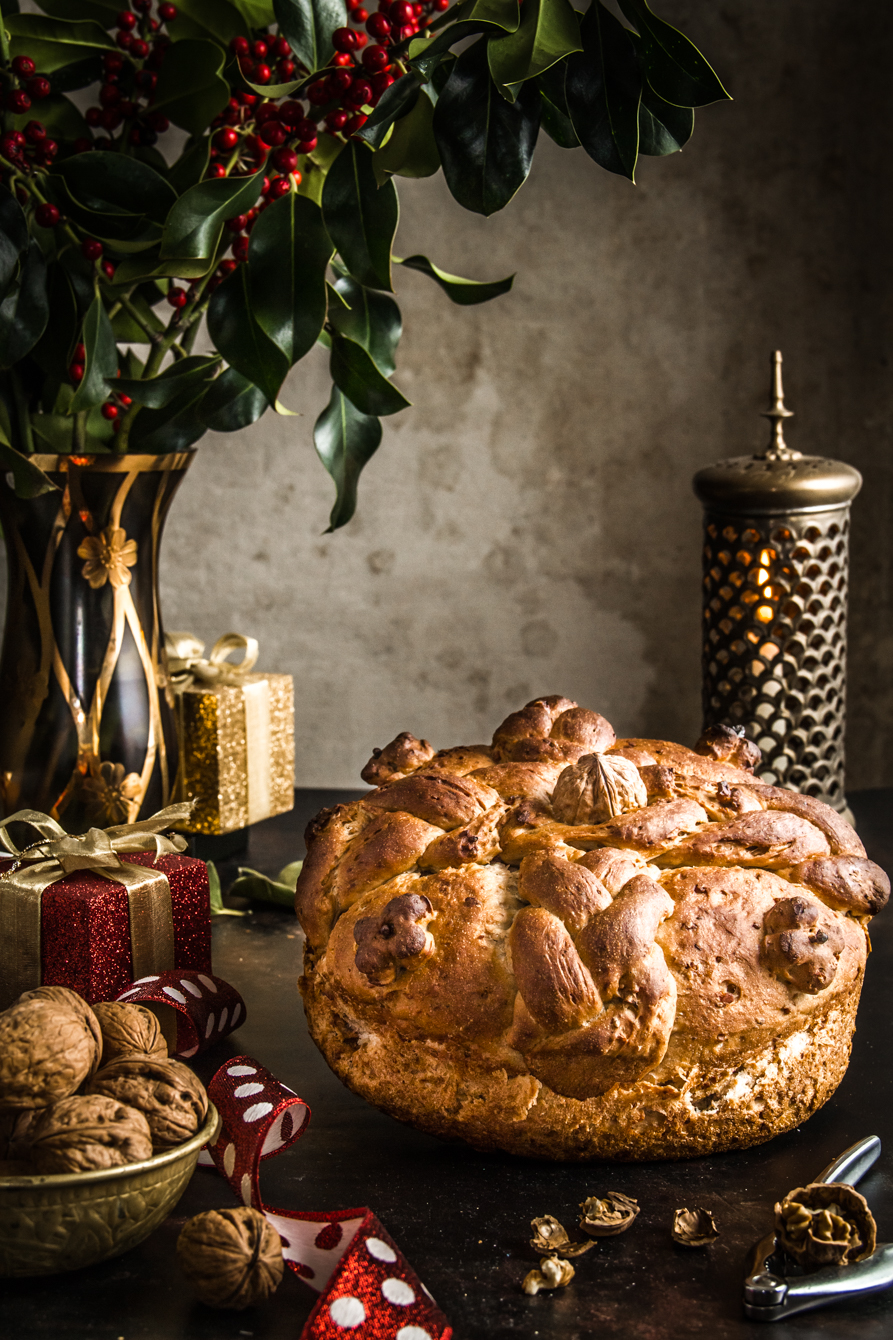 Christopsomo as a gift

Christopsomo is also offered as a gift, and I personally think it is one of the best gifts! The guests of the Christmas dinner give Christmas bread to the hostess. In the past, engaged girls sent such breads to their fiancés. 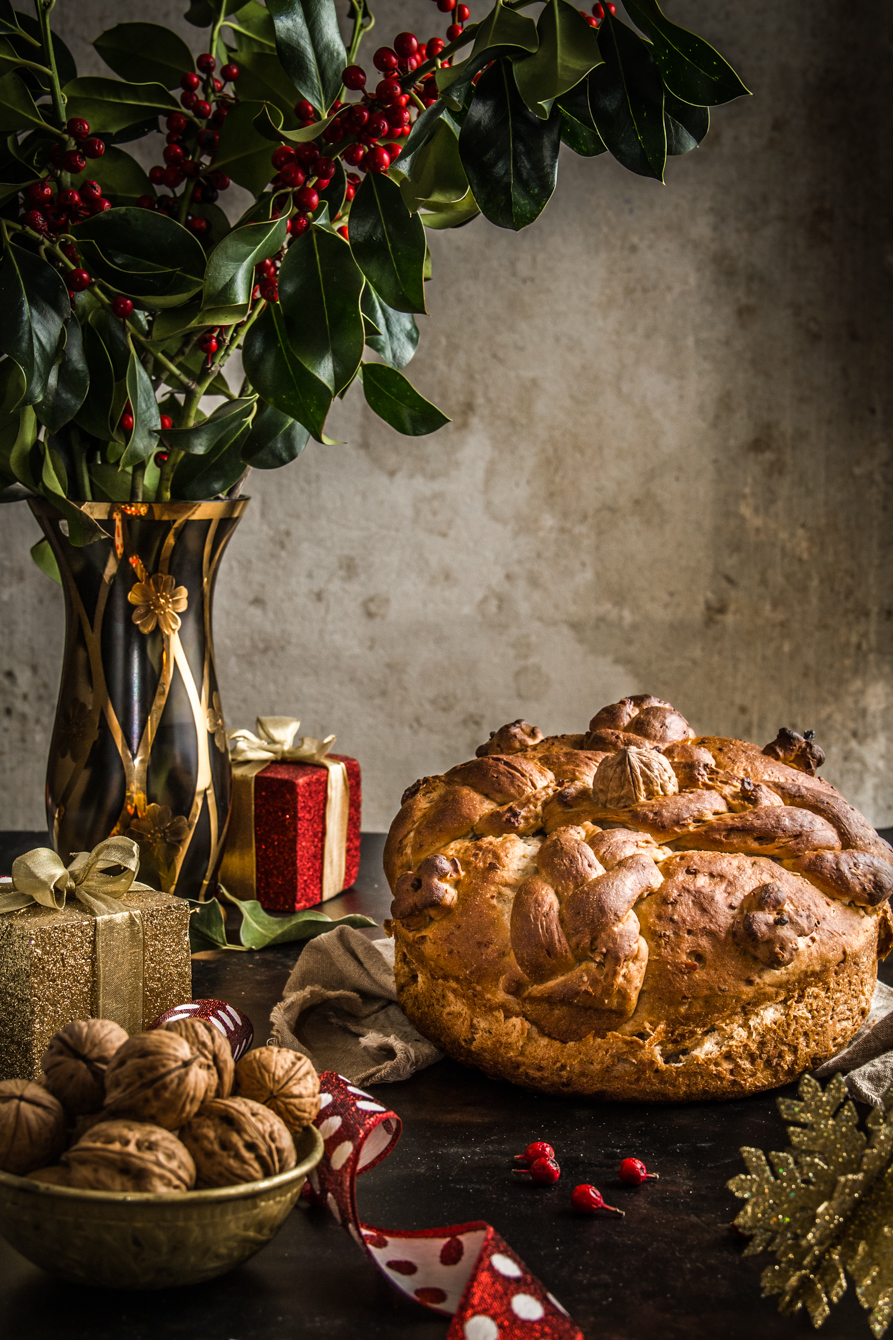 Christopsomo is not a classic bread, it has many more ingredients, so it is richer in taste, but also in textures. Its characteristic, however, is its decoration. Let your imagination run free there. Make this symbolic bun this year too. It definitely deserves a place on your table!

May you have Blessed & Merry Christmas!

Easy and delicious Christopsomo, the Greek Christmas Bread, that will definetely deserve a place on your festive table. Merry Christmas!

Boil the anise with 400ml of water, drain and set aside to become lukewarm.

Put it in the mixer bowl and add the sugar and yeast. Wait about 5 minutes for the yeast to activate (to bubble) and then add olive oil, honey, cognac, cinnamon, juice, zest, mastic and activate the mixer with the hook, gradually adding the flour.

Knead at medium speed until a dough is formed that comes away from the walls of the bowl. Transfer to a floured surface and knead a little with your hands until a smooth, soft, non-sticky dough is formed.

Add walnuts, almonds and salt and knead for a while more, until they are incorporated..

Transfer the dough to an oiled bowl, cover it and let it rise and double in size, for about 1-2 hours, in a warm place.

Grease well a round non-stick pan with a diameter of 26 cm. approximately.

Uncover the dough, deflate it and place it on a floured surface, cut a piece of dough about 350g. and set it aside for decoration.

Knead the dough again with your hands for a while, form it into a round loaf and put it in the pan. Let it rise again for about 30 minutes.

Prepare the coating mixture by mixing honey with hot water.

In the meantime, make the decoration with the dough that you have kept aside, 2 braids and various ornaments of our liking, flowers, leaves, animals, etc. The cross in the center is mandatory whether you make it with braids or laces.

Spread the bread with the coating mixture and place the ornaments on top, pressing them lightly to stick. Place the braids so that they form a cross.

Garnish with whole walnuts and cloves.

Cover with cling film and leave to rise for another 30 minutes.

Brush again with the coating mixture. If desired, sprinkle with sesame seeds. Bake in a preheated oven, at 180°C, for about 50 minutes. If necessary, cover the bread with non-stick paper to prevent it from sticking.

If you are looking for more festive recipes, click here for a few ideas. 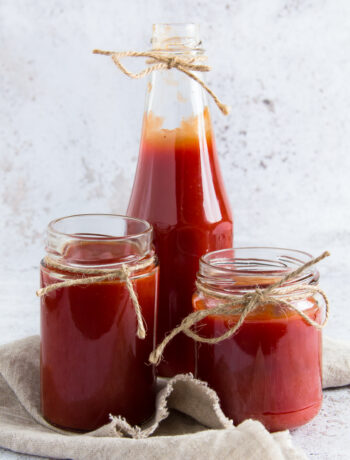 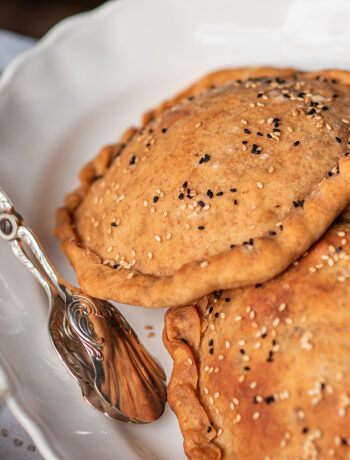 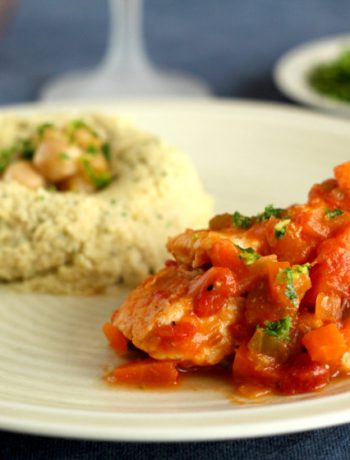