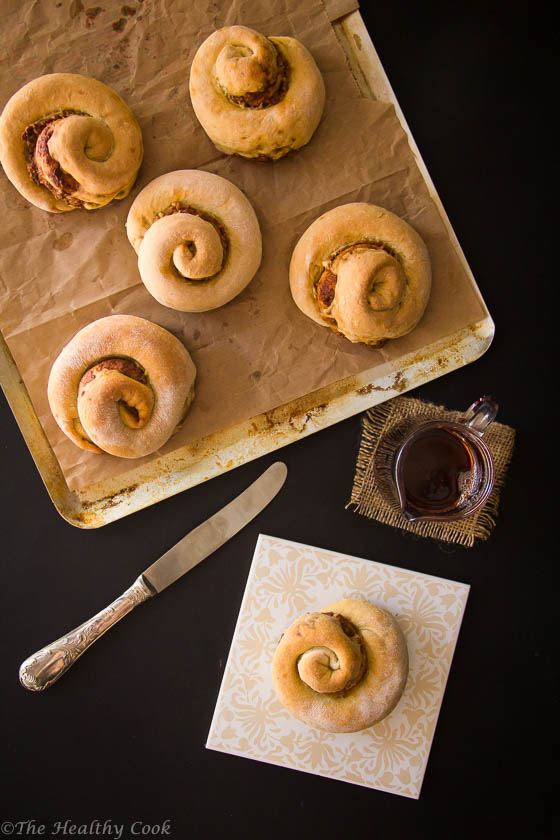 These are the Greek cinnamon rolls in their healthy version; they are called tahinopites. It is a traditional recipe of Cyprus and the Dodecanese. These rolls are made with tahini, honey and cinnamon, and / or sesame. My own version of cinnamon and tahini rolls, contains finely cut walnuts and unheated grape syrup instead of honey. Ideally it is eaten warm, poured with a little bit of unheated grape syrup. But it is very tasty at room temperature, as well. 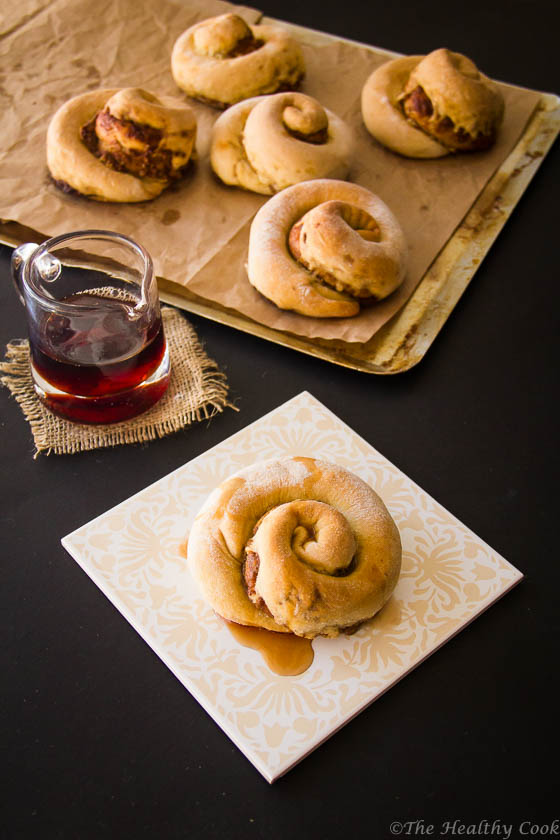 It is a bit time-consuming recipe, to roll the dough and eberything, but making the filling is a piece of cake. Traditionally these rolls are baked in the wood  oven, but you will also find recipes that said nonstick pan. I baked them in the oven and were fluffy and flavorfull! 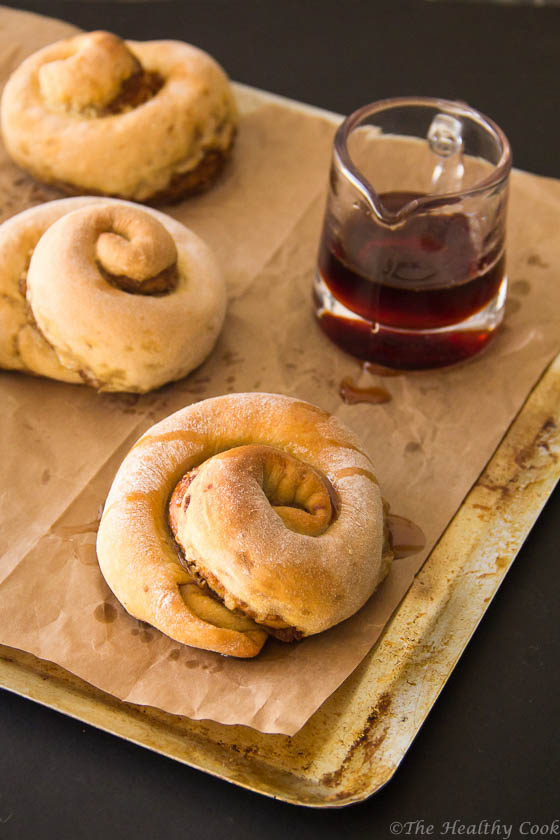 Organic unheated grape syrup (I have told you before that I use that one) is a magical product. The concentration of the must for its production is achieved at low temperatures, thus retaining all the nutrients and flavors of the grape, which is shown by the light color and wonderfull aroma. It is rich in calcium and iron. 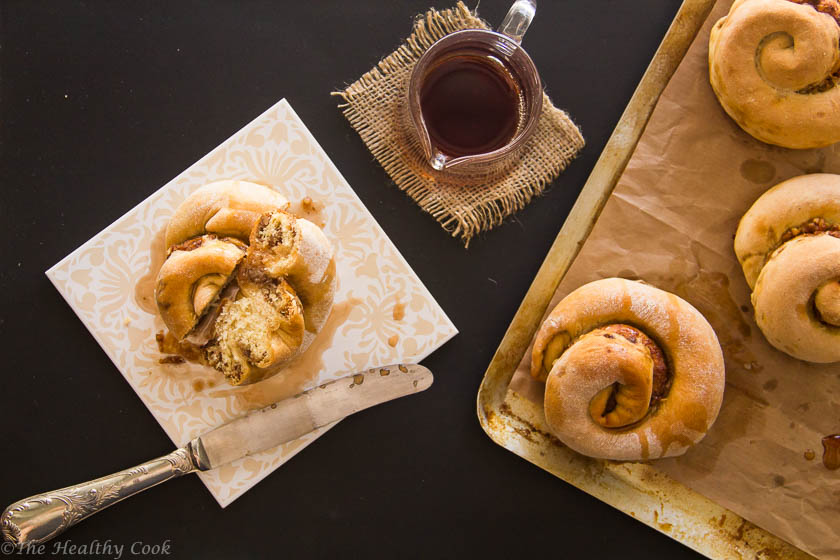 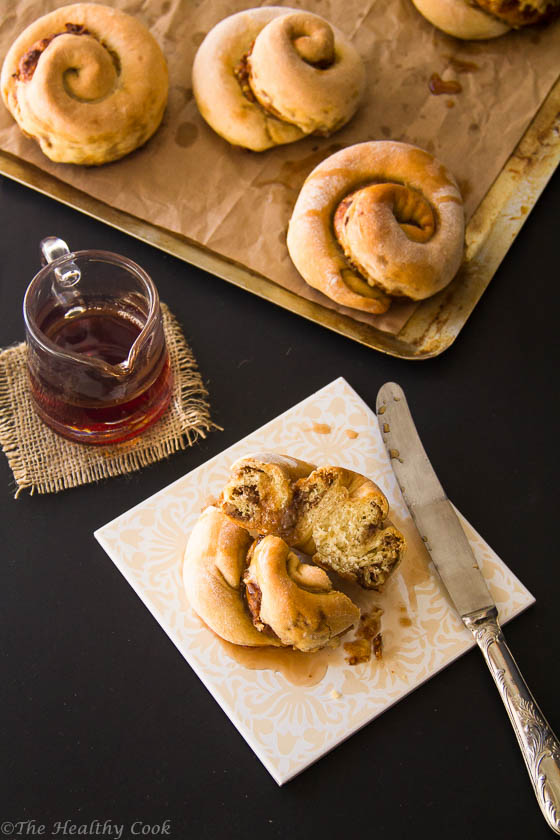 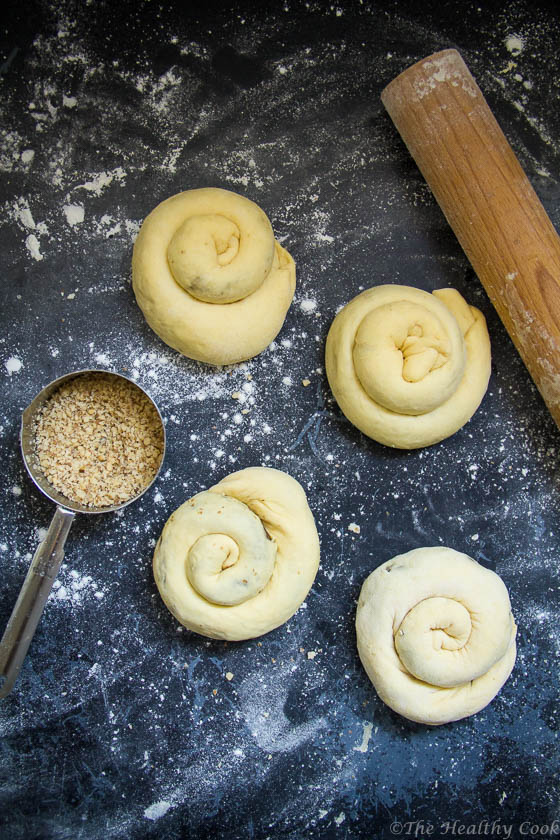 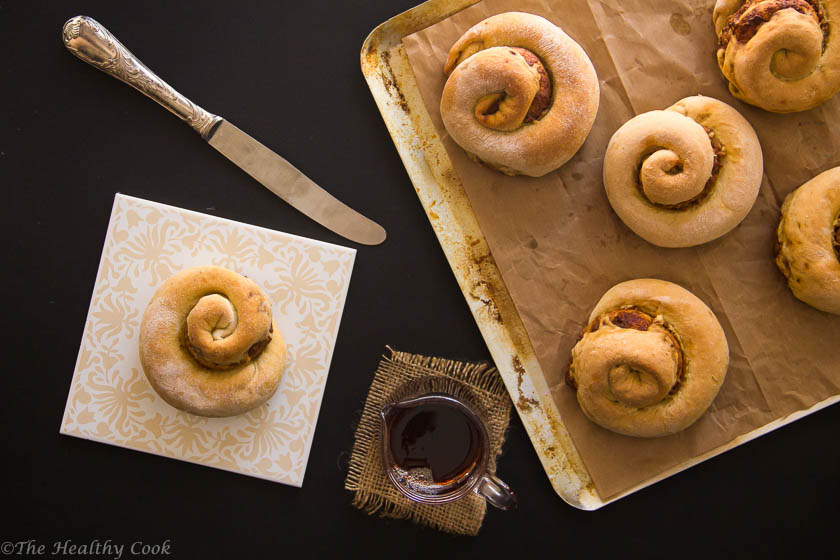 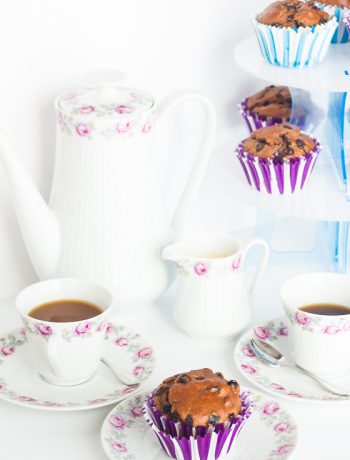