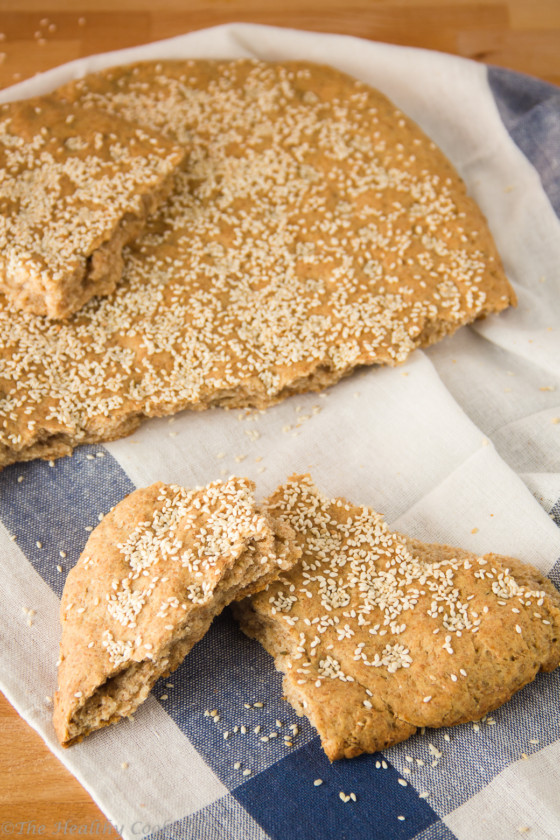 It’s been a long time since my last post; more than ever. I am so sorry about this, because I love communicating with you, but I cannot fit what I want in the 24 hours a day has … L Let’s not whine though. This time I’ve been preparing a whole wheat lagana, which I wanted years to do. It is a bit different than the usual, since it contains olive oil and white wine. 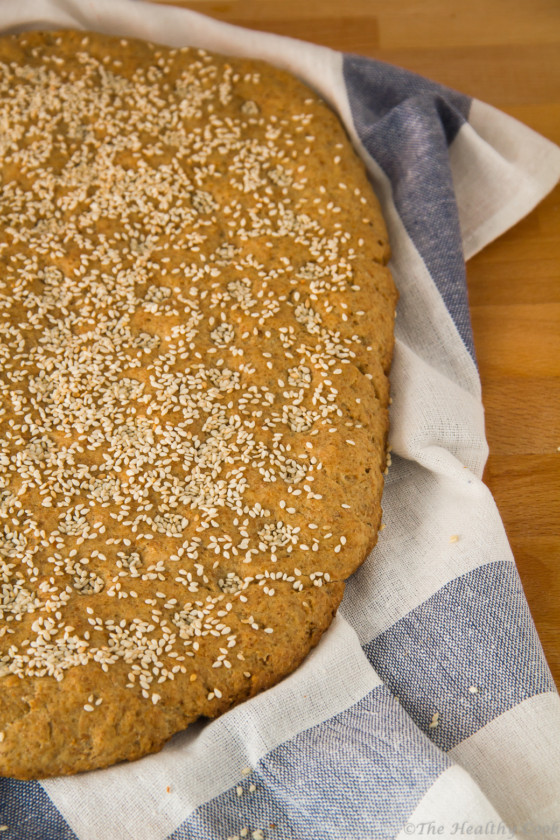 Lagana is a Greek flatbread traditionally baked for Clean Monday. It is typically oval shaped, topped with sesame. This in is a recipe from the eminent Evi Voutsina, whose books I study very often, I keep them as a treasure. It has been published in a very old issue of Gastronomos magazine. It is a traditional lagana from the island of Zakynthos, which in its original recipe also contains raisins.

I, besides removing the raisins, made it with a combination of whole wheat and yellow flour. I made two laganas with this recipe, one big one and one smaller one. I made them thin, since I prefer them this way. 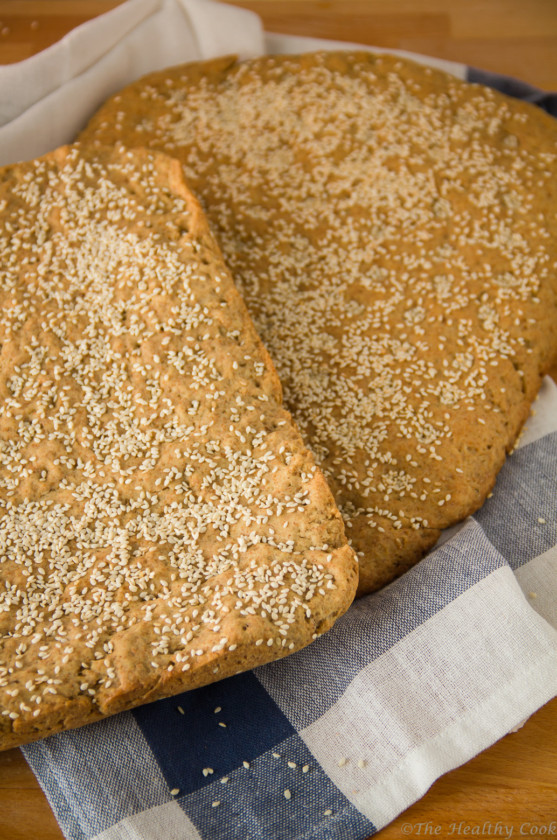 Add the lukewarm water a little at a time and knead. Once the dough has been formed add the salt and continue kneading until it becomes a tight, smooth dough. Cover it and leave it for 20-25 minutes.

Grease a baking pan with olive oil and spread the dough *, pressing it with your palm to spread evenly, about 1 ½ cm in thickness, unless you want it thicker.

Sprinkle the surface with a bit of water, and sesame seeds and bake for 30 minutes. Then lower the oven temperature to 160 ° C and bake for 10-15 more minutes until cooked completely.

*At this point you can divide the dough to make two or more laganas. The smaller the laganas, the faster they will cook.

You can put a ovenproof dish with water in the oven while lagana is cooking, to make a better crust. 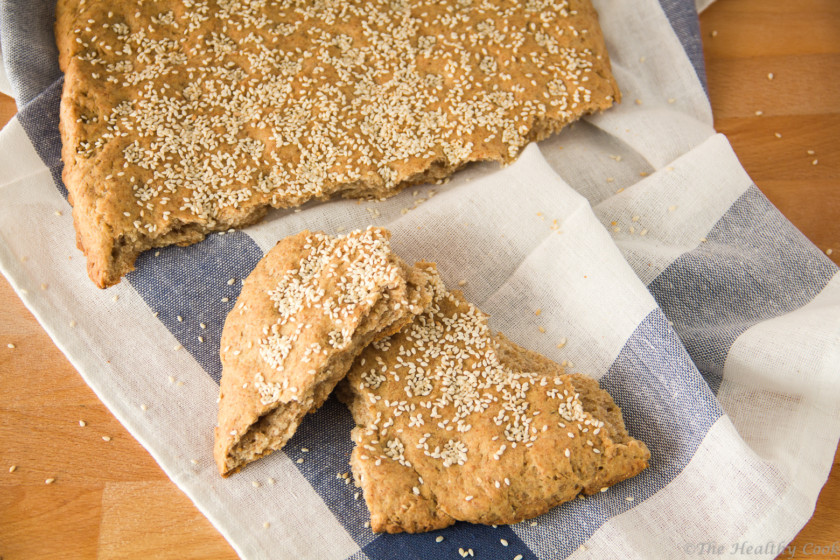 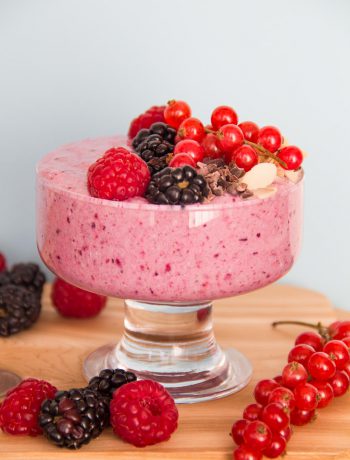 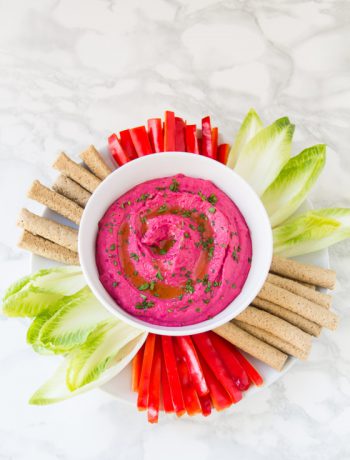 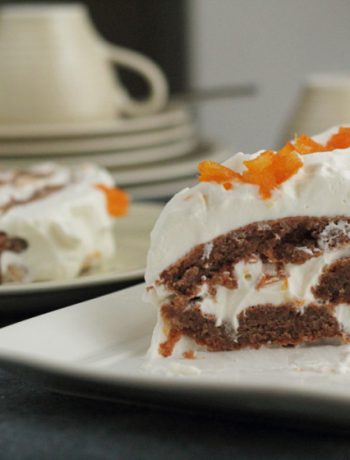